Links to stories of survivors

Closed FB group 'Beyond the Cage' where survivors who suffered abuses by Yogi Bhajan &/or other leaders, teachers or membes of 3HO find support

An Olive Branch report on the allegations against Yogi Bhajan.

Storm in the Kundalini Yoga world

Early 2020, a few months before Corona shook humanity, a book was published that initiated a storm through the international Kundalini Yoga community.

Finally! That was my reaction. This promised to be the turning point I was waiting for.

In her book 'Premka. White Bird in a Golden Cage. My life with Yogi Bhajan.' Pamela Saharah Dyson testifies about the sixteen years she spent in the vicinity of Yogi Bhajan, a Sikh from the Punjab (India) who introduced his version of Kundalini Yoga to the West in the late 1960s. While telling her story of sexual and power abuse, she also takes a critical look at her own part in the case. She was number two in the organization for many years.

Her book triggered many other women who suffered from Yogi Bhajan's abuses. They also shared their story. Finally an investigation came.

The leadership of the international Kundalini Yoga organisations could no longer keep looking away. In March 2020, they ordered an independent report from an An Olive Branch, a Buddhist-inspired group specializing in guiding spiritual organisations in investigating ethical issues. They spoke to about two hundred victims and defenders of Yogi Bhajan who wanted to tell their story.

On August 10, An Olive Branch's independent report was published detailing the horror that took place (at least according to the survivors) in the vicinity of a man who was / is worshiped by some as a saint. The report has 76 pages. The conclusion is: 'more likely than not' Bhajan used his power as a spiritual leader to perpetrate a range of abuses against women and female minors that included rape, sexual battery, sexual abuse and sexual harassment. Sensitive souls should been warned before reading the report. A good summary can be found in the article that appeared on August 18 in Religion News Service 'Yogi Bhajan, yoga guru and founder of 3HO,' more likely than not 'sexually abused followers, says report.'

The AOB report only deals with sexual abuse and harassment. But there was more. On July 15, the Los Angeles Magazine published a clear article that also reports on the many other malpractices that took place in the organizations that Yogi Bhajan created: the most sad of all is the sending of very young children to schools in India where they also fall victim to all kinds of abuses. But also business fraud, drug and arms trafficking are discussed.

The so-called 'second generation', the children of Yogi Bhajan's first followers, created a website sharing their painful stories about the 3HO Boarding Schools. Again, I must warn: they are terrible testimonials.

There was so much evidence that malpractise took place. I didn't see them. Many others did not see them either. Why not? We all bear a part of the responsibility.

Below I refer to some documents from the early years of the Kundalini Yoga movement that I would have liked to read during my teacher training. 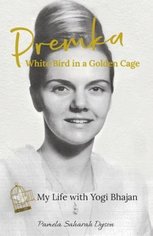 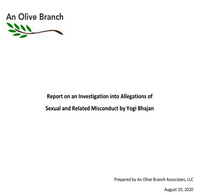 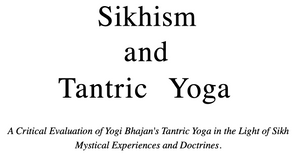